How we got here!

The idea of a community shop in Alfrick grew from a strong desire by many people in the village to restore a place for local shopping and neighbourhood gathering. Following a well-attended village meeting, led by the Parish Council, a limited company was formed and a small group, led by Alan Soper, set about bringing the idea to a reality. 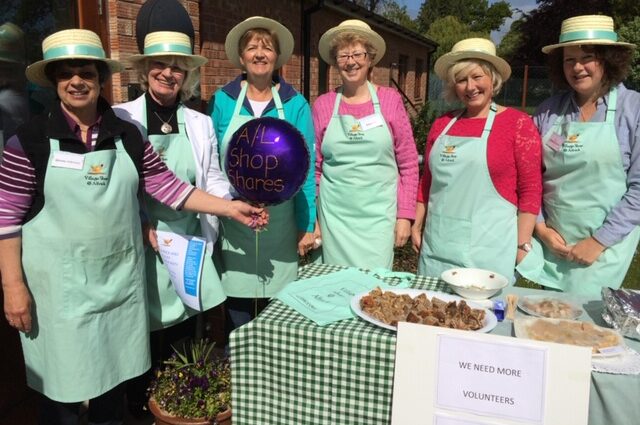 Raising funds began at the 2011 Alfrick Show when £600 was raised in the form of £10 shares in Alfrick & Lulsley Community Shop Limited. Over the next few months, almost £20,000 was raised from around 300 local residents and well-wishers, representing more than a third of the village population and a tangible demonstration of local commitment to the project. This commitment was the key to opening up potential grant funding and, in due course, more than £60,000 was brought together allowing a suitable building, fittings and stock to be acquired.

Alongside funding, the group was very aware of the importance of encouraging a team of volunteers who would become the lifeblood of the shop project and it wasn’t long before an enthusiastic group of around 70 local people – almost one in ten of everyone in the area – were regularly playing a part in bringing the shop to life. 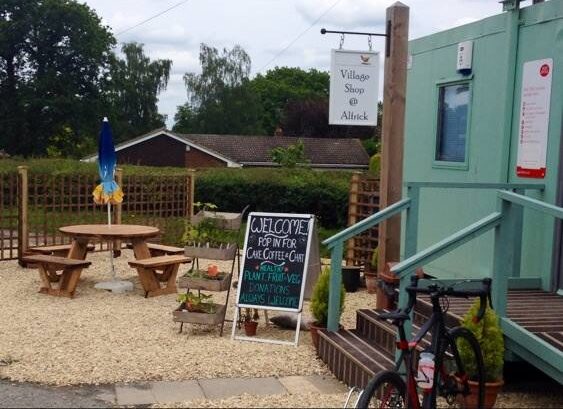 Opening the doors for the first time

With the support of the Parish Council and a ground lease from the Village Hall, the new shop opened its doors for the first time on June 22nd 2012. At that time it was housed in a temporary building but complete with signage, shelving, a counter, till and, most importantly, many helpful and local suppliers. The new enterprise, ‘Village Shop @ Alfrick’, took £1,600 in its first week. Post Office services were added a few months later in April 2013.

Constructing a permanant home for the shop

As weekly sales, volunteer numbers and activity around the shop continued to grow, plans for replacing the cabin building with a permanent facility led to further local fundraising and potential grants and the success of this plan resulted in the design, development and building of the present permanent shop. Opened in 2018, this was the culmination of much hard work by many but most notably by Chris and Annie Liddell who dedicated so much energy to the project over this time.

The shop has enjoyed enormous community support over the years, in the shape of both customers and volunteers, and has been supported throughout by local MP, Harriett Baldwin, who led the ribbon cutting for the opening of both the temporary building and the permanent home. In addition, in 2016, the shop received a Queen’s Award for Voluntary Service, a public recognition of what had been achieved.

In its short life, Alfrick & Lulsley Community Shop has grown into one of the most important components of village life. It remains, as it began, owned and run by the community it serves – a lifeline for many, a social centre for others, a grocery store, a place to post parcels, draw cash, drink tea & coffee, chat, meet and, most importantly, to serve. The shop is a physical representation of how a small community brought money, skills, time and hard work to a common cause. The 2011 vision was fulfilled and Alfrick would be a poorer place without it.